Dr Andrew Kemp FIH, long-serving Group Sales and Marketing Director at Bidfood, has been graciously awarded an MBE in The Queen’s Birthday Honours list, announced on Saturday 8th June. The award was bestowed in recognition of his outstanding services to the foodservice and hospitality industry. Andy is a well-known face in the sector who, over the last 40 years, has shown an insatiable appetite for making positive change, using his platform to tirelessly collaborate and work alongside industry bodies and charities. His enthusiasm, energy and passion for the sector has been channelled into a variety of notable causes and initiatives.

Particularly close to his heart has been fighting for the protection of Universal Infant Free School Meals, along with his work on holiday hunger, advocating and ensuring a better future for children across the UK. Andy has also contributed immensely to research on the dangers of antibiotics and hormones in food, shaping understanding and driving innovation in the area.

Above all, Andy has been instrumental in mobilizing the hospitality and foodservice sector to protect the future of the industry, striving to keep it an exciting, rewarding and attractive place to work. His contributions have gone far from unnoticed, with him previously being awarded an honorary doctorate from the University of West London (UWL) in 2017 for a lifetime contribution to the UK and international food industry.

On being recognised in The Queen’s Birthday Honours list 2019 Andy said:

“I am both proud and delighted to be a recipient of this prestigious award. It’s a great honour to work in such an incredible industry alongside many influential and wonderful people.

“The hospitality industry is extremely close to my heart and it’s been a privilege to use my position in the sector to work alongside such fantastic industry bodies and charities, such as Springboard UK; Hospitality Action; UKHospitality; The One and All Foundation; Arena; Clink; LACA; Chaine des Rottiseurs; FPA; University of West London and The Institute of Hospitality.

“Having the opportunity to nurture these relationships and sit on some of the sector’s most influential boards has been tremendously beneficial for making positive change.

“I’m receiving this award not only on behalf of Bidfood, but on behalf of all of these partners who have offered me a lifetime of support. Thank you, to everyone who has helped me along this journey.” 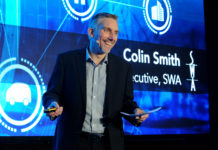 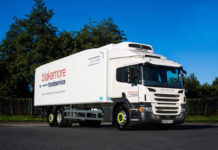 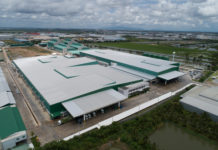 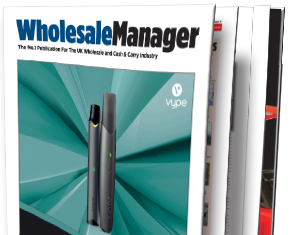