Anheuser-Busch InBev’s (AB InBev) global brand, Budweiser, today announces two multi-year partnerships with two of the top international football leagues, the Premier League and LaLiga. As a long-time partner of the FIFA World Cup™, Budweiser’s association with football is well-known. Now the brand is broadening its support for the beautiful game through new partnerships with two of the world’s most renowned football leagues. The partnerships will be activated across five continents and in more than 20 countries* including the United Kingdom, China, South Africa, India, Chile and Nigeria.

As the world’s most valuable beer brand, Budweiser’s sponsorship of the Premier League and LaLiga aims to bring fans closer to their football heroes through a series of unique programmes across the globe. Through its partnerships, Budweiser – the King of Beers – will create opportunities for fans to celebrate their favourite players both on and off the pitch. The year-long campaign will include throwing exclusive viewing parties for fans, limited edition packaging available in retail showcasing the iconic league trophies and creating content that highlights the greatness of the players on the field and the cultural impact of the players off the field.

“We are excited to kick-off these long-term partnerships with the Premier League and LaLiga, two world-class football competitions. These partnerships will allow us to further connect with key consumers and football fans across the globe,” said Pedro Earp, Chief Marketing Officer at AB InBev. “We are passionate about football, and so are our consumers, so we couldn’t be prouder to celebrate the sport, the players, and most importantly, the fans.”

Matt Leadbeater, Marketing Manager of Budweiser UK, said: “To us, football is more than just a game – it’s a chance for fans across the world to come together and celebrate, which is why we’re so excited to further our football legacy through our sponsorship with the English Premier League and Spanish LaLiga.”

Premier League Interim Chief Executive, Richard Masters said: “We are delighted to announce Budweiser as a new Premier League partner. Budweiser has a track record of innovative football sponsorships, including partnering with the FIFA World Cup™ over many years. We look forward to working together to bring our new partnership to life and capturing the imagination of our fans all over the world.”

LaLiga President, Javier Tebas added: “We’re committed to growing the passion for football around the world. This historic partnership with Budweiser will only add to the growing excitement and anticipation for this year’s season and we’re thrilled to have them as partners. The global visibility of Spanish clubs will be strengthened thanks to this agreement.”

This latest announcement forms part of Budweiser’s wider support for English Football, with the beer brand announced earlier in the year as the Official Beer of the England Senior Women’s Team and also of Wembley Stadium connected by EE – the home of football.

Budweiser’s sponsorship will kick-off the football season, beginning in August, with the brand’s largest*** integrated marketing campaign this year which includes a new TVC, OOH campaign and new packaging design.

Budweiser will be using the new sponsorships to help drive footfall in both the On and Off Trade. Sport is a huge occasion within pubs and bars with 22% of visitors going to watch games[1] and the average spend of sports fans 39% than the average British pubgoer.[2] Through a national campaign Budweiser will help to drive footfall and increase rate of sale in pubs. Exclusive, year round kits will be available to on trade customers to strengthen the association between pubs and the Premier League.

Within the Off Trade, the partnership will help retailers to take advantage of the huge opportunity provided by fans watching games at home. Unique packaging celebrating top players will be live across Budweiser packs. On pack promotions will run from the first game offering fans the chance to win tickets to matches. 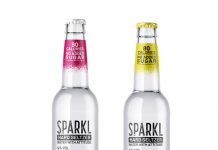 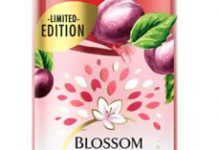 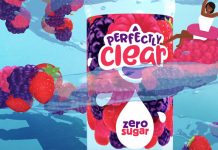 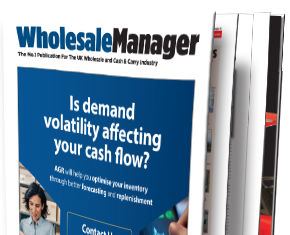