We start with congratulations to Bestway Chief Executive Zameer Choudrey, appointed Lord Choudrey in Theresa May’s farewell honours for his outstanding contribution to Britain’s domestic and foreign trade, his philanthropy and his work as Chairman of the Conservative Friends of Pakistan. Staying with Bestway, Nestlé Waters’ S.Pellegrino sparkling water brand recently refreshed its 120-year heritage, launching the ESSENZA range. We visited Bestway’s Park Royal depot to learn more. Read the story in this issue and catch the video on our website. In our features our appetite for hot beverages has never been stronger, thanks to the irresistible combination of the high street coffee shops’ impact and the suppliers’ commitment to innovation and investment.

The cold months are time to get shoppers coughing up cash for OTC medicines, Winter Remedies and medicated confectionery. Stock up for the cold and flu season and enjoy healthy sales.

Another evolving business, Imperial Brands is an international FMCG company born out of a strong tobacco heritage. Chris Street, blu UK’s Head of Trade Marketing says Imperial is witnessing ‘the biggest consumer shift in its history,’ as millions of smokers around the world switch to Next Generation Products such as myblu, which Imperial launched in 2018.

Meanwhile many people here still smoke and with the ever-increasing tax on factorymade cigarettes, Roll Your Own is growing its share of tobacco sales, speeding up since the EUTPD II regulations banned tobacco displays and enforced plain packaging in 2017. We talk to Gavin Anderson, Republic Technologies’ General Sales Manager.

And finally, with Christmas approaching, the festive season is a peak time for fine food wholesaler Cotswold Fayre, who shared their twentieth birthday with the Speciality & Fine Food Fair, where they are regular exhibitors. The artisanal food sector is much larger now, says founder and Chief Executive Paul Hargreaves, than 20 years ago and consumers are particularly attracted by the products’ traceability and provenance. Paul is so passionate that an ethical focus is the way forward that he wrote a book, called “Forces for Good,” which concludes that businesses that care about people and the planet are more likely to be more profitable long term. Don’t miss our interview. 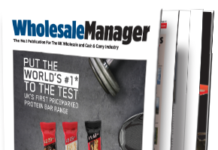 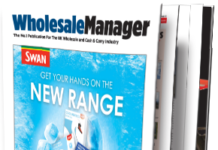 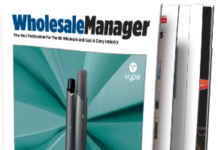 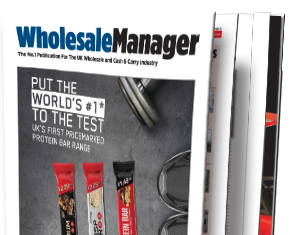